Post-mortem: A point taken, like sweets from a baby and twat of the week

Sometimes, just moving up the table should be seen as the best possible result and when you factor in that the team we played yesterday were more interested in not losing, then you have to be happy with a point.

You see, much like their supporters, they are very predictable. Even before the game we knew how they were going to set themselves up and just like one of their supporters yesterday, they didn't disappoint. Just over 22,000 turned up yesterday and while you could argue they maybe got lost or confused - it really is a shocking display and only goes to strengthen the argument from Wolves and West Brom that they are actually bigger than The Clowns.

Guardian
It was that sort of derby as chances came and went at both ends in a match that ended with a police cordon around the pitch to prevent a repeat of the ugly scenes that tarnished Birmingham's victory over Villa in the Carling Cup last month. While the St Andrew's board will have been relieved to see the supporters behave themselves this time, it must have been alarming for Carson Yeung's regime to survey swathes of empty seats.
Independent
The bar acted like a magnet to Villa's best efforts. Carew's header clipped it in the eighth minute, Ciaran Clark's cross slapped the same part of the goal-frame 15 minutes later and Foster tipped over a brutal 25-yard shot by substitute Nathan Delfouneso via the woodwork with six minutes remaining. Moments earlier, Ridgewell had cleared Richard Dunne's header off the line.

Gerard Houllier
I think my players played extremely well. They gave it everything. They created chances - away from home and in a derby. I counted as many as seven and we hit the crossbar several times. It would have been very, very disappointing if the boys didn't get something from the game because in terms of football performance it was really great. On the whole, I must say we deserved a win. We were a bit disappointed because we thought we had more chances than they had.

This surprised me, but it has gone to Kyle Walker again with 29.3% of the vote. Full results here and it is still open but as far as this award goes, it is closed. He didn't have a bad game, but was it really a man of the match performance? Not convinced, but I like the continuity - it is his second game and his second award. 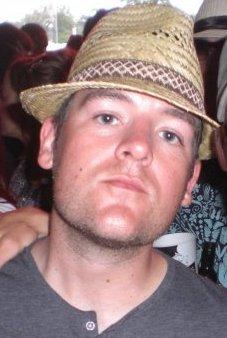 We played with a weakened team, forced to play a way we haven't played in a while in a stadium bereft of any atmosphere apart from that created by the away support.

We battled against a team happy not to lose and we threatened and created chances. If the cross bar was just an inch higher, we would have scored two or three more and the game would have been ours.

But away from home against a team happy for a point and you have to take it. We have also moved up the table and if we move up a place after every match you have to be happy.