Aston Villa v Manchester City: The way to play and some statistics

America sent a man to the moon. The Titanic sank on it's maiden voyage. Marty McFly travelled into the past. These are just three things that happened that nobody expected and nobody expects Aston Villa to win at the weekend.

And the truth is, I think it's going to be bloody hard to win this match. But Marty McFly also travelled into the future and that's the thing that really makes my mind boggle. Nothing is impossible.

So at the weekend I'm not assuming we're going to get spanked but I know it's not going to be easy. And I don't think the likes of Benteke or Vlaar are going to help against the likes of Manchester City in the grand scheme of things.

But they will against the likes of QPR and Everton, but that's another post for another day. This is about Manchester City on Saturday.

The way to play

And when looking at the match, it's hard to look past how we played against Manchester City last season as how we've got to play on Saturday. We've got to defend like lions and counter like an 18 year old chasing skirt on a Friday night.

But again, like I've written for a few weeks now, the important matches are Everton and QPR, but this match is the icing on the cake. If we can get something, it would set us up perfectly. But not if we don't get six points out of those two matches.

And to finish of this mini-preview some statistics from WhoScored.com again. This time a link to the page, because they've predicted what I in a sense predicted the other day.

Don't be surprised if that happens and again, I want to stress, it's the two games that follow that are much more important. They are the games we have to win. 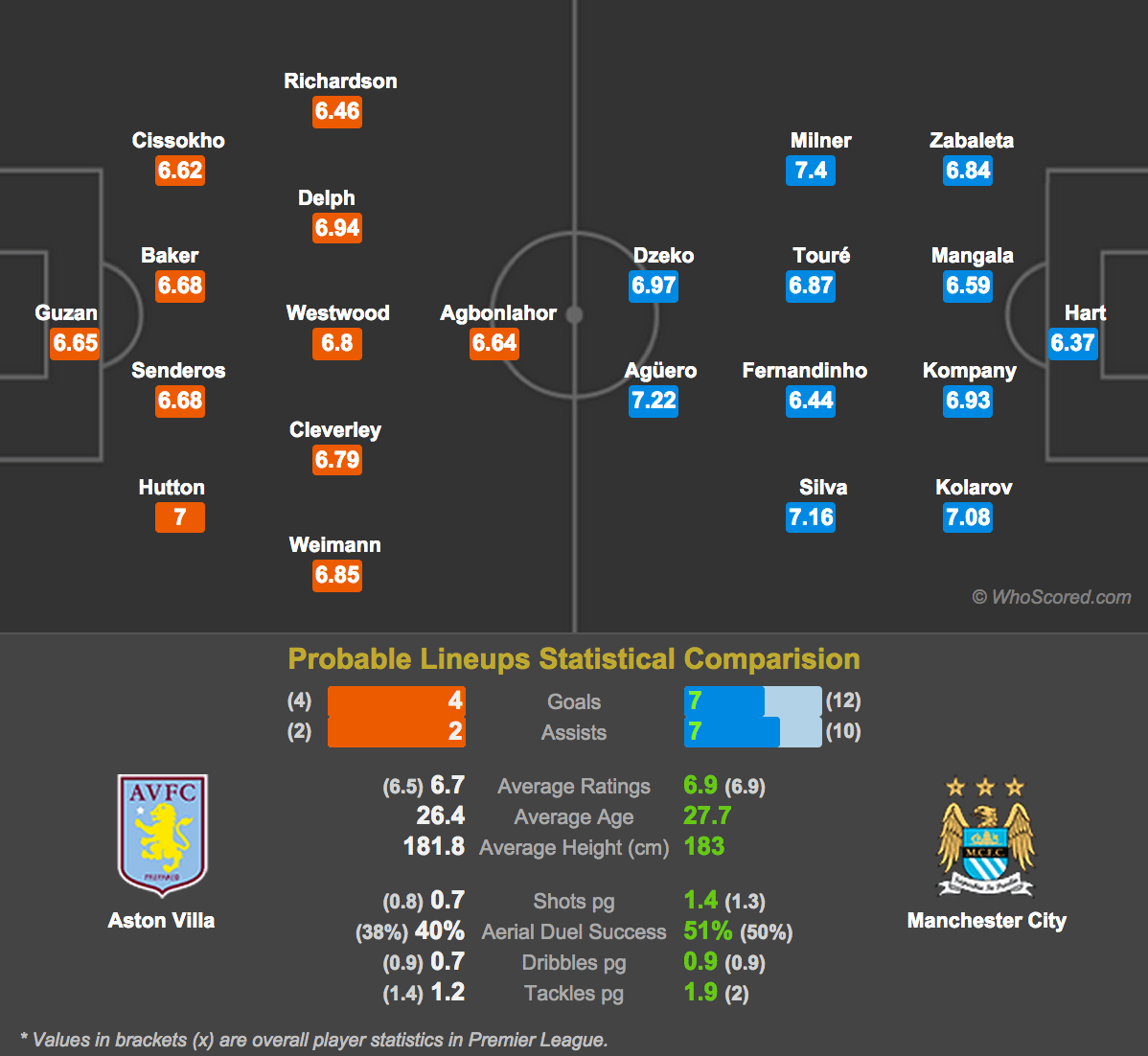