If things go the way the bookmakers think they are going to go today, as in the two teams below us win, we will go into our match against West Ham on Sunday in eighth place in the league. That won't be nice.

I don't remember the last time were eighth and actually I fancy that one of them won't win today and worst case scenario for us is we'd start tomorrow in seventh. Best case would be they both lose and nothing changes and Spurs also lose, but I might as well just ask for the lottery numbers. Either way, for one team anyway, we know it is temporary.

We lost 2-1 at West Ham back in November and at the time, West Ham were next to bottom of the table and were the worst performing home team in the league. All we got from our players was lots of hard work and average football. We hope for more tomorrow.

But some things haven't changed. We will still get lots of hard work tomorrow and West Ham, while sitting fourth from bottom are on the same points as Hull, who are next to bottom, so to some extent, nothing really seems to have kicked on for them.

West Ham also don't have a very good record away. They have only won once, on the opening day of the season, at Wolves and throughout their travels have let in 17 goals only scoring 10. I say only, but that is, on average, a goal a game so they are a threat and West Ham shouldn't be taken lightly, as we will all remember from November.

Yes, every game in the Premier League is going to be tough, but after the performance in midweek, I think this match would be a great time to start with Albrighton on the right or Delfouneso up front, to give Webcam or Gabby a little extra break. I know it won't happen but I just think it would be a good opportunity.

I think the only changes we will see are Friedel in for Guzan and Luke Young coming in for either Collins or Cuellar. I think it should be Collins that gives way, but I have a feeling O'Neill will pick Cuellar and I think it will be a little unfair, but what do we know?

Regardless of what team O'Neill puts out, I fancy we will win, but I think I said that last time and look what happened. West Ham out passed us and we got quite lucky with our goal, but it is different now. We have Downing in the team and Milner is in the middle and we look better. We may also be quite desperate for the points if things do go the way of the bookmaker. 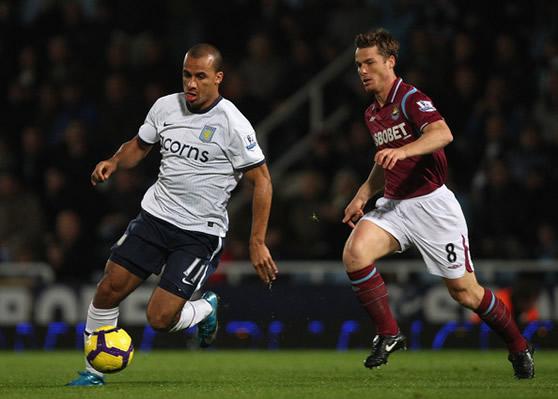