Are Spurs about to trigger the Benteke buy out clause and offer Adebayor on top?

Quick post today because this seems to be gathering a huge amount of momentum and yes, I know it's just the papers selling papers and I know I don't usually bite with this type of speculation and yes, Adebayor does on the face of it appear to have a good goal to game ratio, but surely, this isn't happening.

And I know some will say that Sherwood got the best out of him at Spurs, but did he really? Or was it that Sherwood just had to try something and he tried the only option he had left. And yes, he's got a good goal to game ratio, but only for a short period of time. And we shouldn't forget he's 31 years old and not wanted by his current club.

And this is where I get to link back to the title of the post, because Emmanuel Adebayor isn't wanted by Spurs, so why should we accept that he can be used as an incentive to lower the price for Benteke? Scrap that Spurs logic.

He's not wanted by his current club, he's getting on and he'll cost too much each week. So here is the Aston Villa logic; if Spurs want to use him in the deal, he should be used as an incentive to get the deal done. Think of it as us doing them a favour by clearing the rumoured £5mn off their wages next season. 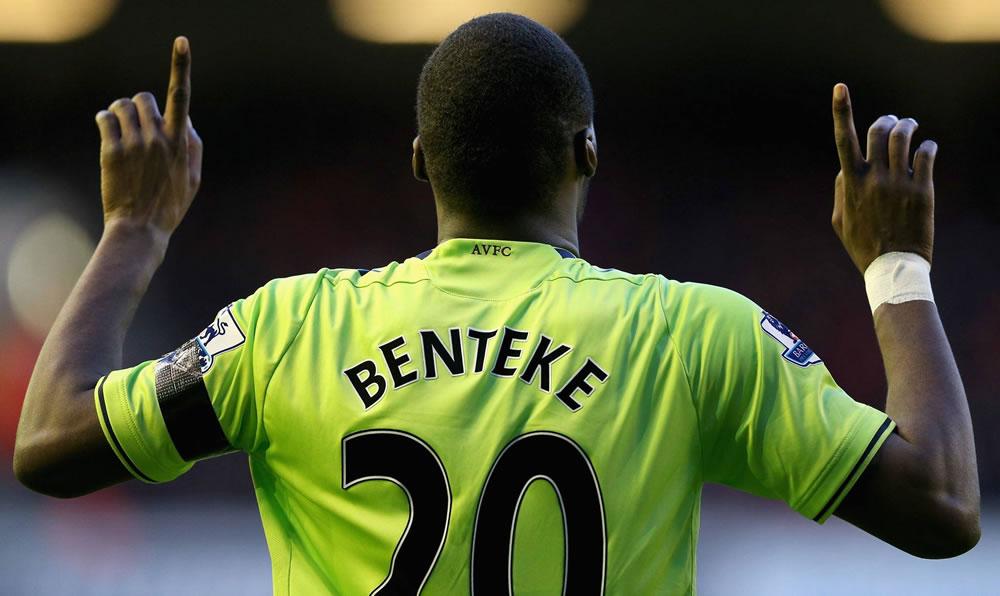 The buy out clause is apparently £32.5mn and if that's the case, then the club are well within their right to say pay the cash or the player stays. If you want to offer Emmanuel Adebayor in the deal and the player is happy to accept a salary more fitting a player with his reputation, age and risk, then let it happen. But we're doing them a favour and they still have to pay £32.5 for Benteke.

In fact, I'd take it one step further if they did offer him to lower the price for Benteke; I'd say pay the money and we'll take Adebayor off your hands but you still pay half his salary for the duration of his remaining contract. After that he's a free agent.

Me, I know right now that it doesn't matter who we bring in next season, so why not give some of our own players a run in the team. Adebayor is like that pair of expensive shoes your wife made you bu her when in the dog house. She thought it was a good idea at the time, but whenever she wears them out she always complains, so they just sit in the cupboard and like a mug, you have to look at them every time you open the door.

Don't be a mug Mr Sherwood. Actually, the more I think about this, the more I can't see it happening. But I wrote that when all the rumours about Sherwood started and don't get me wrong; sell Benteke for £32.5mn if he wants to go, but don't waste what precious resources we have on Adebayor. That's the point.