From the serious to beer chat: Aston Villa rumours including Joleon Lescott and the force

Regardless of your views on the best formation for Aston Villa, Granville and the discount on all canned goods and how much money he needs to spend, none of us can really argue that we still need players for next season.

This one isn't even over but you can look at it in one of two ways; we either spent £45mn. last summer to consolidate or move up a place, so this summer is an important one and we need a player or two.

Top of the rumours today is local boy Joleon Lescott who is 'apparently' top of the list for Martin O'Neill and O'Neill thinks he can get him for £10mn. or should that be, The Mirror thinks. It's pure speculation, because Martin O'Neill hasn't even got a list yet - he'll start formulating that in early August - but he'd be welcomed I think by most. I'd certainly like to see him at Villa, he is a very good defender.

Moving on, we've got reports in the Israeli press yesterday claiming that Maccabi Tel Aviv’s 21-year-old attacking midfielder Maor Buzaglo was quite literally on his way to Aston Villa for talks. How do we know this one isn't true? Well, he's not playing in the Scottish or English Premier League and it's not early August. 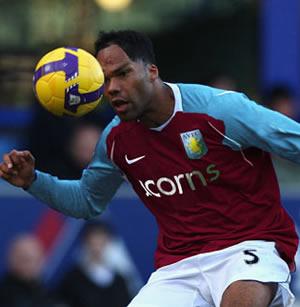 Okay, I'm taking the early August thing a bit far today, so I'll stop, as I fancy the manager might have done his homework this season and he might have lined up the players already. We're certainly getting linked with a few and the likes of Lescott would certainly improve on what we've got.

But, moving on again, there is a rumour doing the rounds that the manager is after Marcos Alberto Angelerim currently plying his trade at Estudiantes de La Plata of the Argentine Primera League.

Now, this is almost a little too far fetched. We've got a player from Everton that most of us would probably like to see at the club. A player from Israel and a player from Argentina. What next? Don't even mention it.

Lastly for now, but I fancy there will be more later, we've got another player actually talking about us in the press. Did this happen last season? Anyway, his name is Mbark Boussoufa and he currently plays for Anderlecht. We were linked to him back in March and now he is talking.

At the moment I am focused on the title race. I feel good within Anderlecht, but at this time of the season rumours start to arise for everywhere. At the end of the day we will see what is for sure. As far as I am concerned, I have not spoken to Aston Villa but I am aware that they are a top club.

I have been following them this season and I did the same with other clubs in England and Spain.
Mbark Boussoufa, April 22nd 2009

Now, all we need is Joleon Lescott to come out, talk about the respect he has for Villa and how he has heard the rumours, Obi Wan Mikel at Chelsea to say he sees Villa as the right type of club for his football and how he supported us as a child and Robbie Keane to admit his biggest regret was not pushing the Villa deal through when he had the chance all those years ago.

Still, I asked for players early and some might say that this is just all pure speculation, but I'd like to think that the manager is actually lining up everything and getting deals done as I don't think he likes getting tagged as so predictable.

Right, more later, but for now, coffee and toast.