Did Aston Villa lose the belief that it was possible last season?

Kohoutek nailed it. After Laursen got injured the boys never really believed they could do it. Watching Laursen play made me fill up inside. Fill up with pride and emotion.

I’ve watched them all – McGrath, Hitchens, Dixon, Mortimer, Cowans, Evans and the rest – all great players, no question. But they never made me feel like Laursen did.

He was heroic and inspirational, recklessly brave, wholly committed and I loved him. If I felt like this as a spectator what do you think he was doing to his colleagues on the pitch? No wonder they over-achieved. And when he went, the heart went from the team.

Never, ever underestimate the power of a great leader. You say they are looking to replace him. Forget it; it can’t be done.

This is why the defence looked sketchy. But they’re not bad players – give them time and they will find their feet. Knight is a better player than the fans give him credit for and Davies is still young.

Now that they’ve been there, at the summit and tasted the bitter dregs of their own faint-heartedness, they will be stronger for it. They won’t be so willing to give it up next time. It will help, of course, if O’Neill can buy a leader to stiffen their resolve in a crisis. Any suggestions? 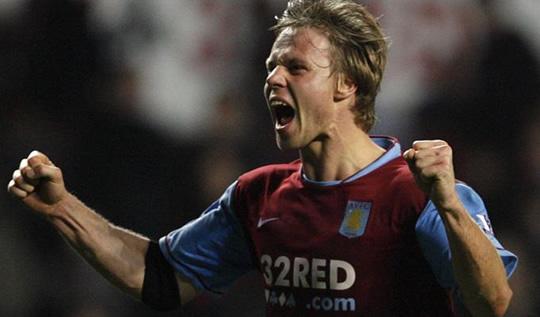