When I heard Villa had cancelled the end of season awards I was disappointed. I think there have been many noteworthy performances that deserve recognition this season. So with that in mind, I have put together a list of awards and the winners as I see them.

Capitulation of the Season sponsored by the England football team

A tough category this one. Turning a 0-2 lead into a 3-2 defeat at Leicester was bad but how about Chelsea strolling past us at Villa Park? For outright capitulation though it goes to those brave lions that let KOLO TOURE score against them in the 0-6 demolition by Liverpool.

Party of the Season sponsored by Etihad Airlines

There were only two nominees for this category. Jack ‘he drinks he wants’ Grealish and flabby Gabby. For sheer determination, the winner is Gabby. Not only does he party on his holidays in Dubai but he likes to party after relegation. A deserved winner.

Anti-climax of the season sponsored by Durex

This is not awarded so much to a person but to a feeling. That feeling of hope after the very encouraging 0-0 draw against Man City at home after Garde took charge. We looked so much better. How wrong we were.

Social Media Campaign of the year sponsored by Mercedes

Joleon ‘it was in my pocket guv’ Lescott is a fine nominee in this category. I mean we’ve all had our phones in our pocket where it’s accidentally unlocked, opened twitter, selected a picture of an expensive car, attached it to the tweet and sent the tweet haven’t we? However, that boring everyday occurrence aside, I’m giving it to the poor souls running the official Aston Villa page. Great perseverance. See picture of the day below.

Interview of the Season sponsored by Ken Livingstone

A tightly contested category here but whilst Joleon ‘weight of his shoulders’ Lescott put in a strong showing late on and Okore too, it can only go to the only Champions League class player we have – Leandro Bacuna. He’s a utility player they tell us, I can only assume that means he’s equally useful in every position…take that as you will.

Maybe you can think of some other awards you’d like to give out- let me know in the comments below! 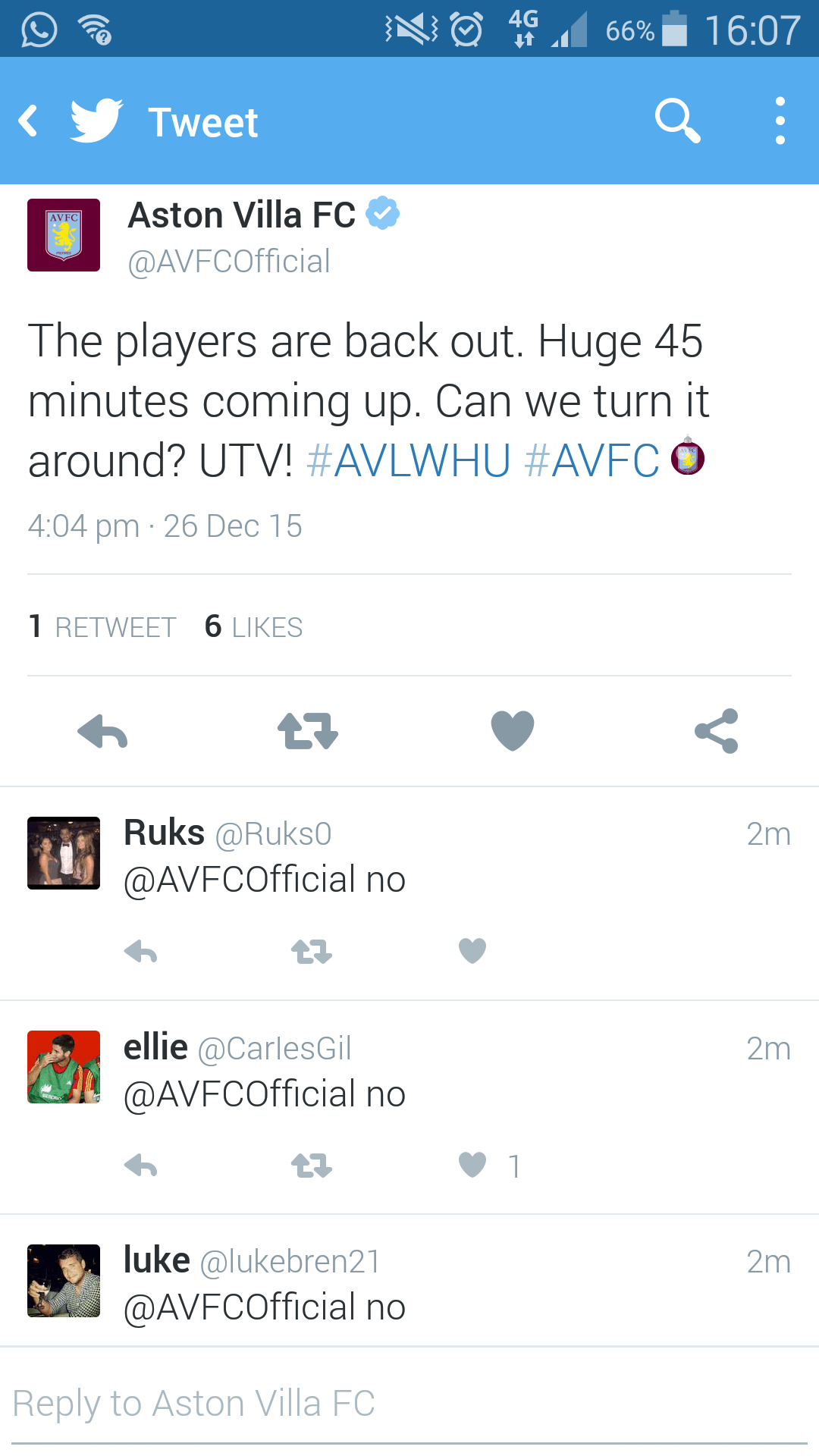