It's not about the bling for Theo Walcott, he's happy with that. He wants to play up front and if he doesn't, he's going to throw his toys out of the pram. How about he signs the contract and proves that that is where he should be playing? I know, mini-rant and football is all about this these days. Refreshing to hear Lichaj last week wasn't it.

But the little diva can throw his toys out of the pram after 153 league games for the club (during a spell where they've played 233 league games alone). Right, I'm leaving the rant, we have Manchester City tonight in the League Cup and I'm sure it was very very hard for him to come out and say this and just because he is a footballer doesn't mean his life is easy - he has hard days too.

When we played Tranmere the manager changed things about a bit and I think he might do this again, but at the same time, there is an opportunity here and that could force his hand. Yes, Manchester City have a second team that would, if given the chance, probably finish second in the table behind their first team, but they've not started well this season and they're letting goals in (seven in five games this season) and when a team is playing like that, there is always a chance.

Okay, I'm not going to get carried away. Not many people think we are going to get something from this game, but I hope the manager does and I hope the players know they can. If we play like we did against Newcastle, we can and that might just be a trip back to Villa Park enough, but let us not forget, this is quite possibly the only chance we have of silverware this season, so hope for something.

Not wanting to put any pressure on anyone, but we have to accept that. If we lose tonight, that's it, our season is as good as over. Sure, we've got the FA Cup to look forward to, but this is the tournament for us. The FA Cup is a lottery, what we're in tonight is a game of opportunity.

But don't take that the wrong way, it's just the way it is for us right now and as someone pointed out to me recently, last season was about lots of downs, this season I suspect is going to be ups and downs and you can look at that anyway you want, but maybe nest season will be less downs and the season after that, even less. 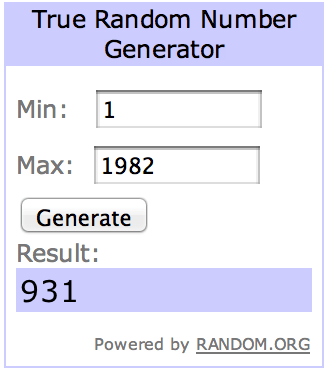 Right, we ran a competition the other day and the winning number was 931 and it was easy to find the winner - vancouvervilla got it spot on. Email the site with your postal address and we will get the scarf sent to you and a photo with you holding up the prize would be fantastic. For those that want to know what he won, it was the new Aston Villa scarf from Savile Rogue.

For those not going tonight, we're not sure the game is on TV anywhere, so it will be radio and site for updates, just the like the good old days. We'll bring you as many updates as possible here, so join in if you want or come back in case someone does find it on TV and we manage to get you instant news.