Aston Villa at the circus: It comes down to attitude 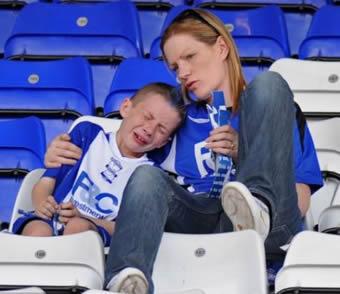 Throw a clown a bone

So while I think we will win today and I think they will play for the draw and hope to steal something, as is their nature, defeat should be taken in context.

You see, I'm all for throwing a clown a bone, because it isn't just a bone today and they'll be confused. They'll be as confused as they will be when their owner can't afford to pay the interest, their club goes bust and they turn up on a Saturday to find the lights off.

Attitude is a little thing that makes a big difference

Today is about wanting the win. We have the players and we have the ability, but will we have the attitude? You see, it is about belief and desire and not giving up.

Channels have to be worked. Players have to track back and make it difficult. We have to attack quickly and we have to have support from the midfield and if that comes and players have options, because they've made space and put that effort in, we will get the goals, we will win and we will have something to smile about.

So, with the match kicking off in just over two hours, this is where I leave this post. You can, if you are that way inclined, watch the match online here. We will be doing updates all day here in the post and in the comments and we will be getting involved on Twitter too.

But for now I leave you. I must eat and line my stomach. I have dinner with the in laws tonight and two football matches with plenty of beer to get through. I've got a feeling the wife isn't going to be happy with me and I see myself sleeping on the couch tonight.

The manager is going 4-4-2 - I think this is a mistake as we have no creativity in the middle, but he gets paid millions I get paid £22 a week.