Aston Villa beat Wigan and it's all about the three points

I didn't do a post before the match thinking that I don't usually do one after the match and it might be nice if I did. Up until the last couple of minutes, I wasn't that happy with that idea. But it turns out, thanks to Jack Grealish, it is a great idea.

Okay, the way we won wasn't great, but we won. And there are going to be periods or matches where we don't win the way we would like but the most important thing is the winning. And we did it today and we needed to.

And I think that has to be the focus today. Forget everything else and just look at the result. Yes, I thought we'd spank them, but I got the timing wrong. I believe it's coming and Wigan was a good opportunity, but I didn't factor in them coming and sitting back and wanting a point.

So we should focus on the result. The result was three points and as I wrote before the match, it was vital that we won today. We can't afford to drop points two games in a row and be taken seriously. We didn't and we can.

So on that, I will leave this post, because we won and we should just enjoy that. The chart is below - it's looking a little better although because of the result last time out, it's not as good as it could be.

Norwich is next on Tuesday night and three points will make this chart look a little better. And you know what, maybe that match will be the spanking, because we know for sure Norwich will have a go and it might just be that is what we need. I'm going for a beer. 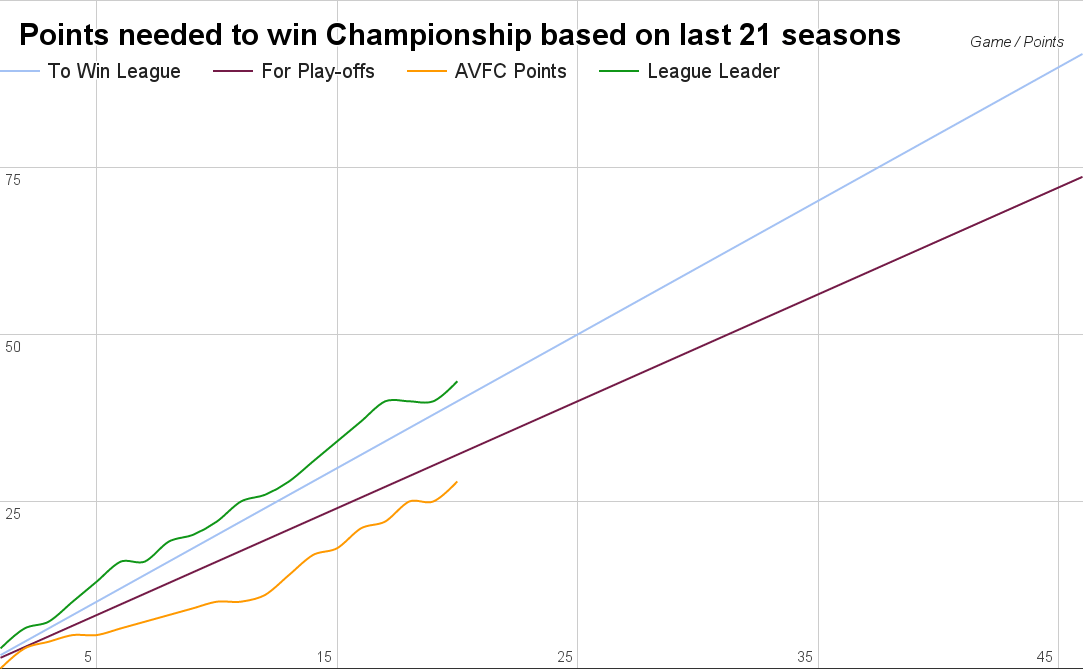