Defour talks up Aston Villa, Gabby out of the U21's match and why we have to play 4-5-1

The other day, I asked for more rumours and I still think we need to see more, but something better than a rumour is when a player you are rumoured to be interested in, starts talking about the club.

Steven Defour has been talking to Het Nieuwsblad about a possible move and he's basically said he's ready to leave his club.

Now, I like the sound of that and it suggests, even though we don't know how Aston Villa came up, that he'd be interested and if he's as good as they say, then maybe, with all this money we've got to spend, it wouldn't be such a bad idea.


I am ready to go abroad. But if Standard want me to stay, I'll stay. Standard will only want to let me go to a top club. Villa are fifth in the Premier League, three points behind Arsenal, and that's not bad.

They're an amazing club but Standard Liege must decide whether they are good enough or not. I still have a contract until 2013. But if Standard refuse an offer, they have to give me something in return.
Steven Defour, March 26th 2009 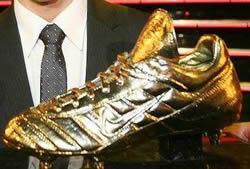 In other news, Gabby is back at the club after picking up a hamstring injury while with the U21 squad. While this isn't the best news we'd be wanting to hear today, he's got plenty of time to rest and him not playing this weekend isn't going to aggravate it even more.

Lastly, to 4-5-1 and I know some of you are going to sigh at this and I know I've banged this drum for a long time but I also banged the David O'Leary must go drum a long time too, but I was right then, so I just want a bit of slack on this formation thing.

The thing is, more and more people are coming out and saying the same thing now, even those that castigated me for it, telling me that we had to play 4-4-1 - well it seems even they are wrong too.

The formation we have to play, is 4-2-3-1, which is pretty close to what I was suggesting; 4-5-1 and 4-3-3 - based on what we are doing at the time. It is basically what the likes of Liverpool, Manchester United and Arsenal play and what we need to playing if we are to compete at that level.

But this isn't just my view, it's the view of Jonathan Wilson, who has even written a book on football tactics and he's written an article about why 4-4-2 been superseded by 4-2-3-1 here.

I know I go on about this, but we've seen the likes of Manchester City and Spurs beat us because we were a man short in midfield and I'm not going to mention why we got beat last time out or why if we don't revert to how we were playing earlier in the season, how we will get beat by Manchester United next time out.

Martin O'Neill has to see this, it baffles me why he doesn't, but I'm sure it's part of some grand scheme, or I am hoping it is.