The new home kit will be launched today and fingers crossed, you'll be able to buy it, sometime before October. I'm told the shirt is claret and blue and has that same checked pattern to it that the away shirt has.

It also has 32 Red on the front and looks like, well, most other Aston Villa shirts you've got piling up in your cupboard. It is hard to get it wrong, although I've got to tell you, they have done their best this time. 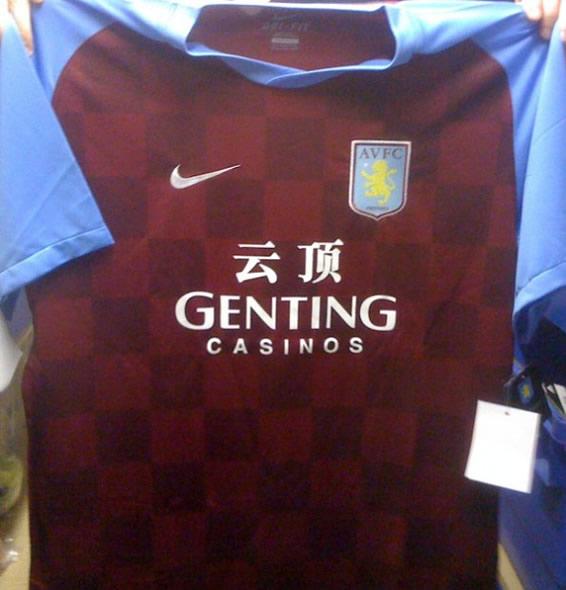 I know the money is needed to pay the interest on loans we have at the club now, but wouldn't it be nice, seeing as all the shirts are pretty much the same these days, if we could keep one for more than a season.

I know it is an old fashioned view - but why not? It would also be nice if you could order the shirt without the sponsors logo and sorry to Genting, it isn't 32 Red this season.