When I was growing up a fifty-fifty ball was one that both players could go in for and if one came off worse than the other, it didn't mean a red card for the other player. Today, the referee did pretty much what I described above. The thing is, the player that went down before getting asked was Ashley Young and he did make it look good.

You'd think he would learn, but he wont and he doesn't care. But I do expect that card to be rescinded. And all things considered, Gabby was shown the red card in the 65th minute, we did well to hold on and had chances to win it. In fact, if it wasn't for a fantastic save from de Gea, we could have won it.

And the title of my post isn't meant to suggest that we sat back or were not in the game. We were in the game and we could have won. I think if anything it just goes to show that this Manchester United team are not going to win the league and had we had a little luck today, we could have won, which suggests they'll be beaten a few more times this season.

But, this is just a quick post. We were unlucky today. I don't fall into the camp that good things are coming to Aston Villa, especially after one performance, but we were unfortunate and unlucky today. We were outdone by a cheat and a referee that is maybe a little too off the pace for the Premier League.

I'll let you discuss the match below, but all things considered, we have to be happy with the point. None of us expected it and playing with 10 men and against a Championship referee and a team with the type of players they have, it's a good start to Christmas. 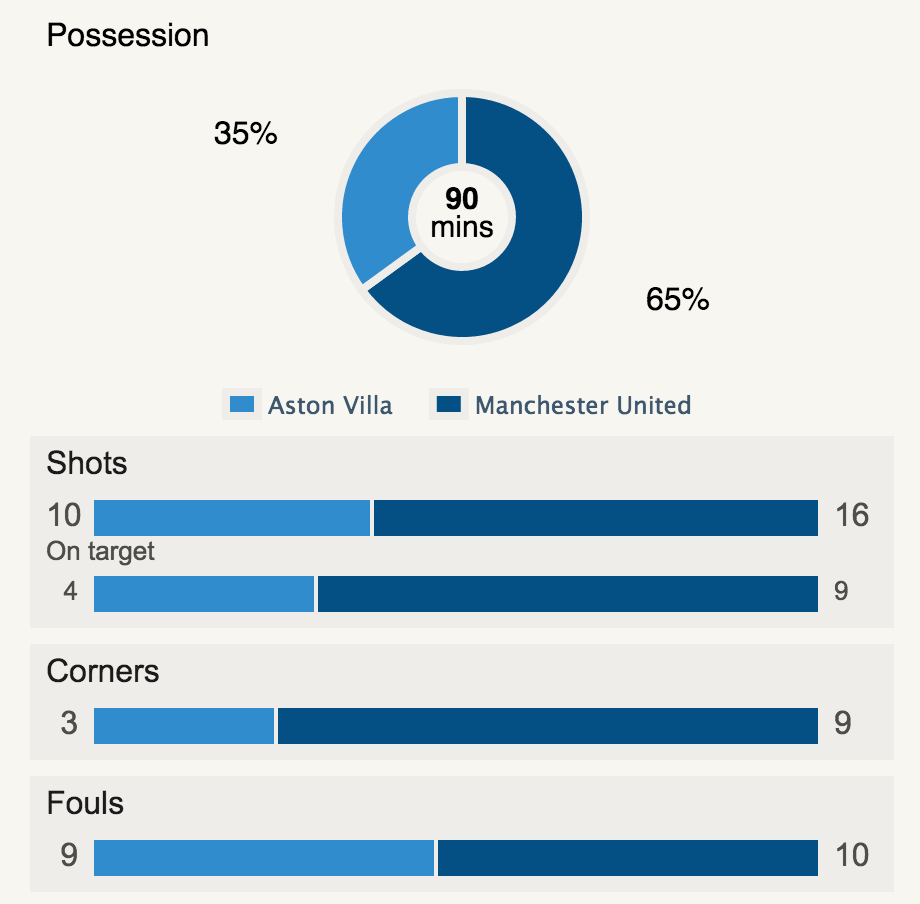