We all make mistakes, Team of our Generation and Ian Taylor 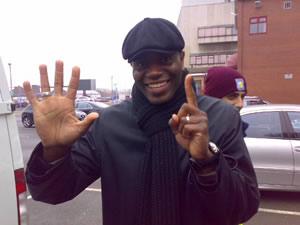 There is nothing better in life than getting to do something you love and then getting paid for it. Ian Taylor got to do that and to top it all off, at the best club in the world and the one he happened to love.

Which is why, after a long time talking about it, the club have announced today that Ian Taylor is the first club ambassador of Aston Villa. The role, I'm guessing, isn't going to be that specific or nine to five, but I'm sure he'll be brought in as and when needed and as someone that loves the club, I'm sure he is happy and well, it's just nice news, so it is getting a mention.

I made a mistake this morning

Honestly, I did. But the wife, when she finds out, will forgive me and that is because she loves me. When people I love make mistakes, I forgive them. Basically, I'm a forgiving person and I recognise that we all make mistakes.

I write this because there is a rumour today that we are showing interest in Championship player Robert Green and I'd put some credibility in this, because it is the position at the top of the list of positions we need to fill and at the end of the day, Robert Green is a decent goalkeeper.

But he is prone to the odd error, but so are most keepers when they are still learning their trade. Green is only 31 years old and when you look around, it is fair to say that he has the potential to play for quite a few more seasons and that he is still learning.

So, I think it is fair to say that I'd like the idea of Green joining Villa. He is a decent keeper and he is going to get better. Mistakes can be forgiven and if he comes I'm sure they will be.

Team of our Generation

Voting is nearly over for this, so I'm just letting you know that next week, we will be announcing the team and manager and hopefully, a very special prize for someone, but more on that next week.

As of now, I'm off to drink coffee and think of a way to make it up to the wife that doesn't involved her shouting at me for three hours tonight.