A rosy garden, a useless break and Swansea

All it means is we get to see a few men running around in an England shirt that are not good enough to win anything as a team and actually, for the most part, we think are a bunch of spoilt, overpaid ... maybe I shouldn't use that word also, but I think you know what I mean.

Instead, we can listen to Gabby give us his early season pep talk only for some to believe he'll score twenty this season while others use the excuse that he'll not be played in his best position that nobody will agree on. For the record, I think he is a better left winger than he is striker.

But not many will agree with me or take into consideration his pace and actually fairly decent crossing and some will say he is just a great striker that doesn't do what he does well often enough.

I like Gabby, but I'm fed up of listening and reading what he has to say. Actions and all that. Sorry Gabby, you're top bloke and you don't care what we say anyway, so it doesn't hurt anyone.

The break gets me angry

Sorry about that - it is just this weekend of no football really gets to me, mostly because it is a waste of time and Gabby didn't make it any better, but that is a nothing thing. We have lots of reasons to feel good at the moment, so lets concentrate on that.

We are out of the bottom three and we have Swansea up next and while a lot of positive things have come from Swansea this season, I think they're beatable. In fact, I think they are more than beatable and we will win.

We've also got all the positive vibes coming from all the new players. Videos are appearing on Twitter and the like and everything all of a sudden, because of a point and a fine display at Newcastle, looks rosy in the garden. God, I hope we don't lose to Swansea.

The garden is full of roses 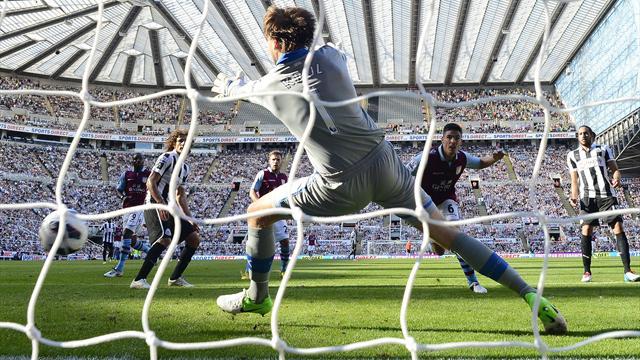