A sober post, what could be, what is and getting it done

John Maeda said it best, or wrote it best, when he described the modern CEO as one of two types; someone that plans, executes so they launch with version 1.0 against the other CEO that likes to iterate, do and live in beta. This has nothing to do with football and the point of mentioning this is that I don't want to over complicate things, I want to make it clear.

We've got six points. We are the team with the worst ever start to a Premier League season. We are what can best be described as up shit creek without a paddle. If nobody has, somebody somewhere should be pushing the panic button and trying to get shit done. We might have had a plan and we might have executed it but it's not working.

We're nine points from safety with three games left in the year. If we won those three games and every team above us lost, we'd be okay. But that's not going to happen. The three games are Newcastle, West Ham and Norwich and I've not said if they're home or away because that doesn't matter. And even if we won all three, we'd still be five behind the 20 points to get to half way in the season.

Where we are opposed to where we need to be 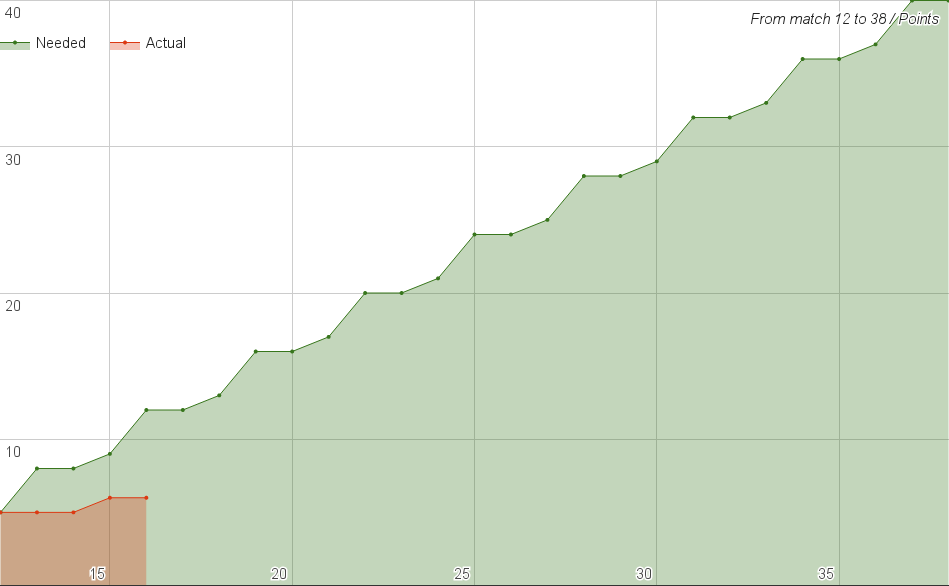 There is some hope 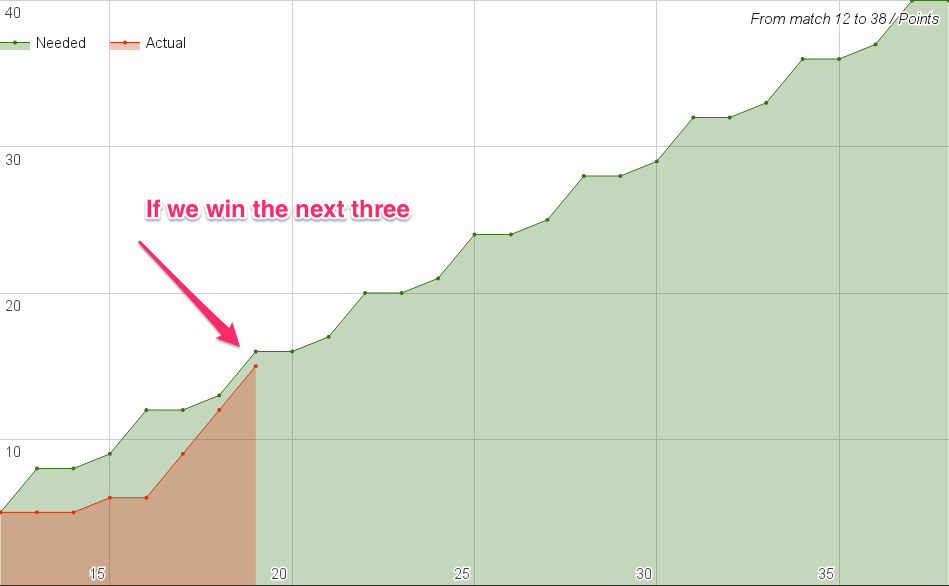 Some of you might be getting sick of this chart, but I think it does offer some hope. You see, if we the next three (I know this is a tall order) we'd only be one point away from where we need to be at the end of the year and we'd have momentum. This is based on the win one, lost one and draw one requirements when Garde took over.

And yes, I know you could say I'm clutching at straws, but what else is there to do? If hope exists, we've got to grab it. Not that we're going to win the Premier League next season or the one after or at any time in the future, but it would be nice to stay in the league. And if ... and momentum ... and no, I've not had a drink today.

And it all starts with one win

Do you remember what it feels like to win? Imagine what it would be like for the players and do you think if they could win one, with a new manager and a new way of playing that it might make them think it's possible? That may be all they need to go on that three game winning streak. And if that happened .. I know, I've opened a door for the stupid people and walked in. But I know it's possible because I've seen shit like this happen.

And if it did? I'd be fairly surprised if Aston Villa didn't announce two or three players coming in on January 1st for registration, just so they can play on January 2nd. Imagine what could happen then. Imagine surviving from this.

It really isn't over yet. And before you castigate me for writing this, look at the numbers and even though I freely admit it doesn't look good and our form is absolutely horrendous, it can all change with one win. But I do fear we've lived in a plan and execute mentality for too long. I think it's now time to iterate and do but even I wont be able to make anything of these graphs if things don't happen extremely soon.