After fifteen games, after Southampton and question of the day

There are two ways to look at this season and what's needed. There is the traditional, at the end of the year it's half way so what is half the total number of points we need to stay up and that is what we need. Or there is my way. If out of every three matches since the manager took over, we pick up four points, we'll stay up.

I like my way. But if you look at the graph below, we're a little off target and even if we win the next match, we're still going to be off target. In fact, we have to win our next three matches to be ahead of the curve.

The reality of our situation is this; taking the old model of half way through the season and getting 20 points is impossible. If we are to enter 2016 using my model of a win, a draw and a loss every three games, then we have to win three and draw the other for the rest of this year.

Before the match, this was must win. After the match, there was a lot of people saying a point was a good result. Me, I'm in the camp that the match has happened and we've not won and that is exactly what we needed. Now, I'm now using this is a means to bash anyone, but we changed things against Southampton after possibly the best half of football I have seen from Aston Villa for a long time.

And it raises the question; why? I'm not going to answer it because I don't know, but I did hope that Garde was going to stick with a formation or style but it didn't look like it on Saturday and it baffles me a little as to why not. I mean, we're not exactly in a position where we can treat each game as a new challenge, we have to treat each game as a match we need to win.

And there is only one way to win games and that's to score more goals than your opposition. We had two shots on target in 90 minutes at the weekend and that's simply not enough. But then again and this is worth pointing out, we did score 50% of the shots we had on target and we didn't lose. It's not the end of the world.

And there is talk this morning that Grealish will be allowed to train with the grown ups this week. I'm fairly sure that doesn't mean he's straight back into the squad and I sort of have this opinion that he thinks he's better than most, but I hope to be proven wrong very soon. I don't think anyone can doubt there is some talent there and a composure on the ball that we haven't seen in an Aston Villa shirt for a long time, but there comes a time when we have to start to see it happening.

I'm not sure it's going to happen for him playing wide on the left. I think for Grealish to shine, he has to play in the middle but that is a lot of responsibility on someone so young and there is nothing to say that he can't pick up the ball on the left and bring it inside. I guess the point I'm making is he needs time, he needs chances and he needs to have confidence on the pitch, not just off it.

And before I go, I want to end on Micah Richards. You see, I'm not his biggest fan as a central defender but I do like his exuberance. But he didn't play at the weekend and we didn't lose. I've also got to say that Hutton put in a solid performance and I'm not sure he can be dropped. Question of the day is then this; does Richards start against Arsenal if fit? 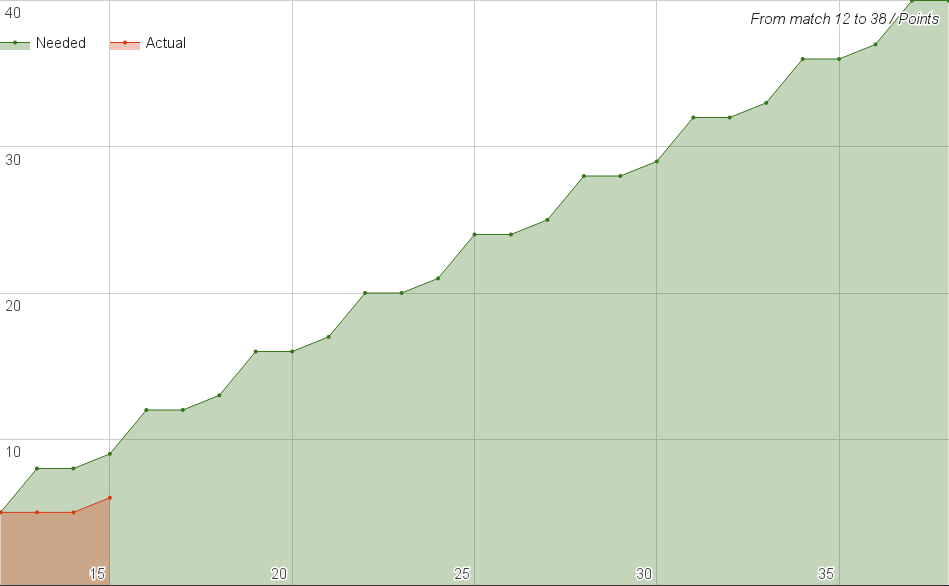