Wasn't it so good to see Aston Villa dominate a game and to play with purpose. And how good is Elmo at right back. How good is Hutton at left back. Not to mention Chester, Terry and Johnstone. They all played with composure and experience.

But it wasn't just them however I do think the best teams are built from the back. But you also need to be able to attack and how good were we last night and is it just me that thinks we can't drop Keinan Davis right now?

Don't get me wrong, I like Kodjia but I'd like him more if he passed and created chances for others and with him we don't look like a team. With Davis we do.

And I don't have a favourite player at the moment, but I've got to say that Snodgrass puts a smile on my face when watching him. His work ethic is fantastic and him and Elmo seem to have an understanding. But it's everyone. We looked like a team and for me that's the most important take-aways from yesterday.

But we're fifteen games in and there is a long way to go, but if you look at the chart below, you'll see we're exactly where we want to be and with our strength in depth, I think we're probably best placed than the other teams around us. 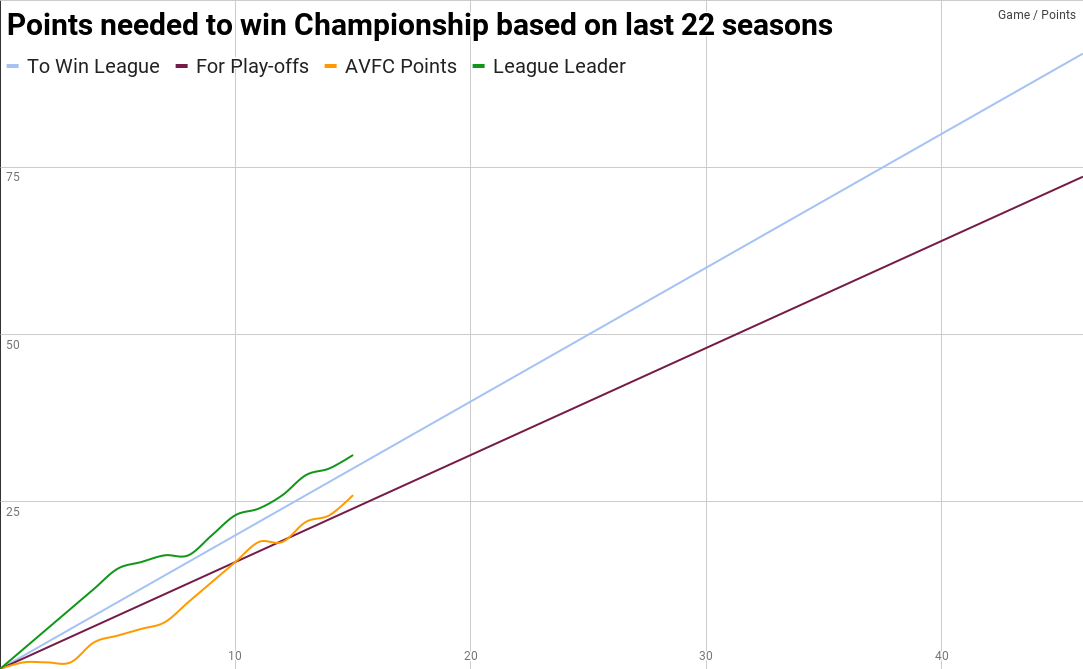