And it's mostly the older person or that one that hasn't got sucked in by the modern game. Change takes time and if as Aston Villa supporters we have learn anything, it's that change also isn't a good thing.

We didn't lose on Saturday, yet all I saw for the few minutes I stayed looking on social media was 'sack Bruce'. And had we won there would still be a group writing that too. But had we won, you'd not have seen those people.

And I've written before about our owners relationship with social media, so I won't go into it again but I can't help but think he might think that if something is popular on social media it might be the right thing to do. But I also think he'll take a sensible approach to this and listen to his head and hopefully the CEO.

I'm not suggesting that Steve Bruce be given a job for life, but I am saying he should be given a proper chance. And I'm also saying that supporters have to get real with where Aston Villa are right now. If you believe that Randy Lerner relegated us, you also have to believe that the Tony Xia kept Aston Villa in the Championship. And six games into a new season, isn't a proper chance.

And before you think about leaving a frustrated comment or sending that tweet, you can't count the games before this season when talking about this one. They are different seasons and should be seen differently - especially after all the new players.

Teams that do not get promoted the season after relegation rarely go up the second season. Supporters have to brace themselves for another season or two in the Championship and maybe longer. It's the reality of where we are now. It's not nice, but it's the real world.

But it's not impossible that we don't get promoted this season and our best chance is with Steve Bruce. Because as it's rightly pointed out by all the people that want him to go, he's brought in all these players so it stands to reason that he should get a proper chance.

I've also written before that if by 20 games we're not within touching distance, I'll not try to convince anyone otherwise. But I'll only get there because if by 20 games we're clearly not within touching distance of the top six, then we might as well get someone in so they have time to get to know the players ahead of next season. This season, our best chance is Steve Bruce.

Tomorrow is also a test and at ninety minutes, if things don't go our way, I'm not even going to engage with social media and I might just take a few days off social media entirely. But even if we win tomorrow - you'll see people wanting him gone .. they just wont be as happy.

And for the record, I have no personal reason to want Bruce in the job, other than I think given his experience and track record in this League, all the new players he brought in during January and this summer, I believe based on all the evidence and what history tells us, that he's the best opportunity to get promoted. It's just an opinion but I can't, six games in, find any holes in it. 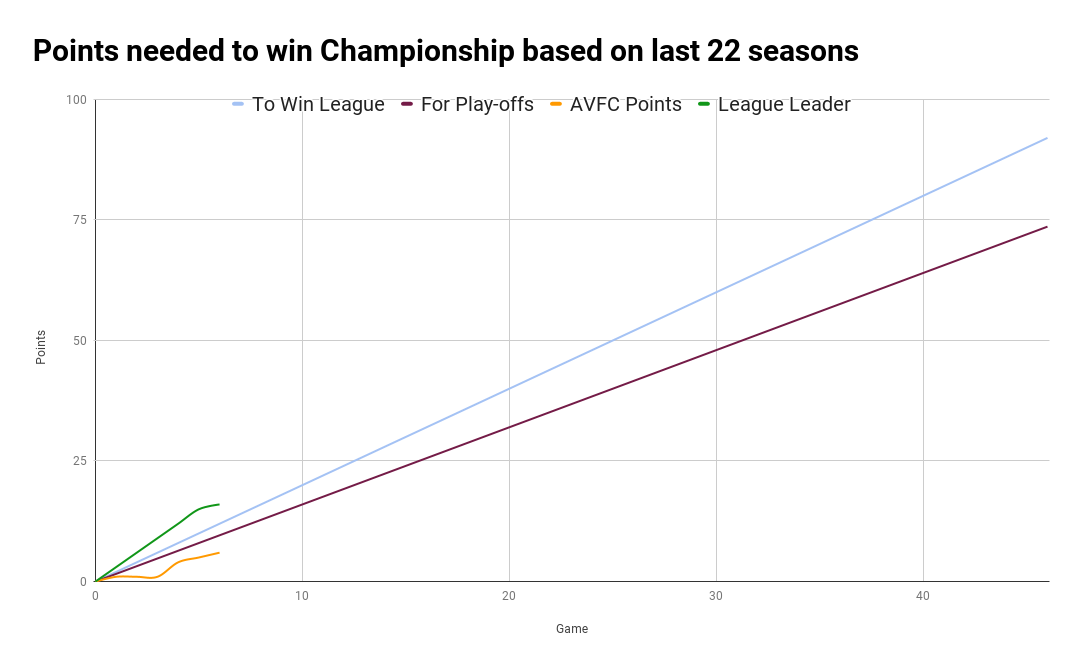