Nobody can say that wasn't a great game of football to watch. You can however say that we really needed to win. However you can also say that we moved up a place and that right now, you'd take position over games in hand, even if worst case scenario managed to unfold and the two teams below us managed to get the necessary points to see us end up in the bottom three.

All in all it could have been worse and it nearly was, so we should be more than happy with the outcome. I know I am. But and you always knew there was a but coming, we've got Spurs and Manchester City up next and that means Hull and Burnley have three chances to get what they need.

It's going to be a very nervous April and every time I see the fixtures and I see that FA Cup semi final sandwiched in between Spurs and Manchester City, I think please just give us three points and you can have that match and take it away. And I know some wont agree with that, but I get more nervous with that match than anything else. There is no consolation for relegation.

But I worry about things I shouldn't worry about, not now anyway. Instead, it's really worth talking about the match because Benteke came alive last night for the first time in a long time and while my cynical side just sees him playing for a move, I'd like to think that he was playing for the club and that Sherwood has just managed to get the best out of him.

And when he was on his hat-trick and we were awarded a free kick just outside the box, you just knew what was going to happen. It was sort of his night and you could see from his expression at the final whistle that he was gutted. Deep down, I think you saw on his face that the players all knew not winning that game was big.

But QPR played well. Or actually QPR were fairly clinical. They scored early on, completely against the run of play and that basically made the night hard. It made it hard because we were chasing the game but also because it made every time they went forward tough. They scored with ease whereas we needed lots of it and only to create two more on target chances in 90 minutes.

But that also isn't the full story; we had 21 shots and most of the ball. It just didn't go for us like it did QPR and that in itself is a worry. It's all a bit of a worry at the moment, even if you want to pretend it's okay, because if we lose to Spurs and Manchester City, we'll be in the bottom three.

And on that, it's time to get up out of bed at this unholy hour.

Send me a pint 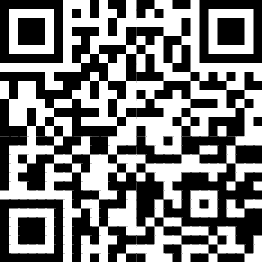