Local press muppets, Brett mate Holman and a chuckle at something you might not chuckle at

The club are going to be or have been awarded something about equality - there is quote below that made me chuckle and I went off on my own thinking. The local press are also throwing so much positive news at us it's almost as if they or someone is worried we might not beat Bolton next time out and they have to get it all out while they can.

To top it all off, I'm busier at the moment than I have been for a long time and while I like having things to do, I'm missing having a little bit of freedom. I'm hoping to fix that soon by creating a little bit more time for myself, but I need other things to happen for that to happen and if it doesn't, I'm likely to throw something one day quite soon.

Premier League
Aston Villa have become the second Premier League club to be awarded the Advanced Level of the Equality Standard for its work in promoting sport for under-represented individuals, groups and communities.

I chuckled at this because of the under-represented comment. Think about it and you might get to where I was, but I had just come off a forty-five minute call when I read it so anything was going to make me chuckle. 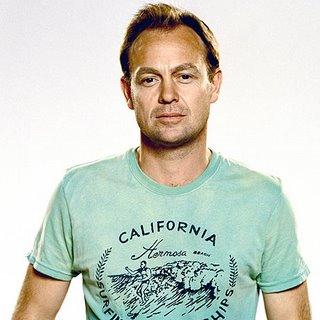 But we have some player news that is actually quite refreshing, because it is March and we've already got a player lined up for next season and I know you know who it is, but I've done a bit of digging. Well, I say digging, there was little of that, more emailing and Googling.

So, his name is Brett mate and he's from Australia where he grew up and played for his local side Parramatta Power. Now, they might not be that local, but they are in Sydney and that is where he is from but Australia is a big place and they might have more than one team in Sydney, something like the Sydney Spiders or Sydney Shooters .. I'm just guessing, I don't know,

Believe Wikipedia. It speaks the truth

After his loan time in Rotterdam he was signed by NEC Nijmegen in 2006 where he played 59 times (scoring 13) and you'd have to guess by the number of times and the fairly low goal ratio that he maybe didn't like it or maybe even they didn't like him or they played him in the wrong place or for whatever reason, it simply didn't work out.

But it didn't end with NEC Nijmegen as he joined Alkmaar Zaanstreek in 2008 signing a four year deal: During his time (to date) he has played 86 times (scoring 14) - again, according to Wikipedia. It doesn't sound like a great number of games or even a return - but I'm not commenting on that - there could be any number of reasons for it. But I am going to make a comment about the signing.

And this isn't about the player - why would he turn down the chance to earn more money (rest assured he is earning more money) and have a chance to play in the Premier League. No, it is about why have we signed him.

Why grow your own veg?

And this isn't about anything other than why bring in someone that, on the face of things, isn't really going to offer much more than what we already have or and this is the bit that gets to me; is going to take opportunities away from our own players.

But I've got to hold my hands up and tell you - I know extremely little about this player and can not recall even seeing him play and yes, I'm basing this on what I've read on Wikipedia, seen on YouTube and been told by a friend in the Netherlands. His exact email to me, or a quote from it, is below.

Decent player but not convinced he will make it the Premier League. Huge difference at this level to Premier League, but it could be what he needs.

But I'm all for benefit of the doubt at the moment and my mate did say it could be what he needs. I hope it is, because he is coming to that stage in his career where he is going to either shine or not on the big stage. And when he comes, he should get a chance - as long as it isn't at the expense of one of our players getting a chance - that to me just seems like a manager bringing in a player for the sake of bringing in a player and doesn't offer up any clear thinking.

I'm sorry to say this, but my view on the player is tarnished, simply because he must be coming for the money. He isn't coming because of the football we play or the vision. Or if he is, then it is even worse. You know what I mean - players play for this manager because he inherited them or he is offering them more money or willing to keep secrets. I'm sorry - I'm a cynical bastard sometimes, but talk is talk.

But he deserves a chance. It could be that this manager has seen something in him that will enhance the young players coming through and if he does shine on this stage, we could see four or five very good seasons from him and just because I think this manager is a monkey with the management skills of Roy Race, doesn't mean I am right. I could be wrong and I still hope I am.

Right. I've ranted on. We have a new player and I should just sit in that place where I hope it is all going to work out. You shouldn't have to have seen the player or know much about him to put yourself into that place so that is what I'm doing.

There was nothing else from me right now, so I'm going to Google 'Aston Villa' and see what more news we are getting served up from the local press - anyone care to suggest what it will be like if we beat Bolton on Tuesday .. or even lose?