Name in the hat, Barry Bannan and a tip of the hat

I didn't see the match or hear it for that matter. This usually happens once or twice a year and judging by the 21,058 that turned up, quite a few others missed it too. But we won and our name is in the hat - that is all that matters from last night, but once again, let's not get too excited, we were always going to win.

Because I didn't see the game or hear it or know very much about it other than the odd update on Twitter, I also had to rely on opinion from everywhere else and one thing surprised me, views on individual performances were very different.

Now, I don't know who the man of the match was. A few say Eric Lichaj, a few say Stephen Ireland and okay, none say Jean Makoun, but it just interested me that there was no clear, out and out man of the match. What did make me happy though was seeing seven of our players playing.

You might say some of them are not our players, but I count the likes of Lichaj and Weimann as ours and if you put aside everything else, if we can keep hold of our players, help them develop, nurture their development and support them when it is needed, the future really is bright. Now where did I hear that before? 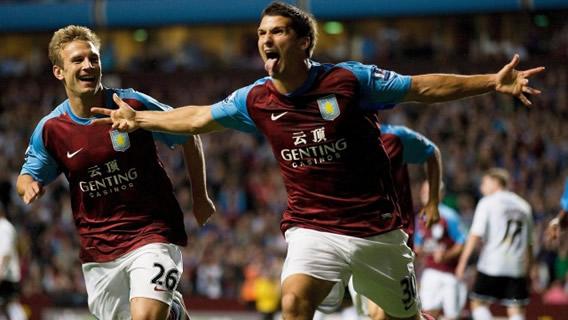 So, name in hat. Draw on Saturday. Time to move on.

Yesterday, someone on Twitter suggested that a club in the north West was making an approach for Barry Bannan. Today, there is speculation that Ian Holloway is going to make an offer for the player. I say, thanks for the interest, but this isn't going to happen.

It isn't going to happen because of what I wrote above. The club is bigger than a manager or a player and some decisions are not in the remit of a transient figure - now that isn't a pop - that is a 'know your position' statement.

Barry Bannan is good enough to start every match for Aston Villa. Barry Bannan is the type of player you build a team around and this isn't meant to be a post all about Bannan, because we have quite a few others. My point is, McLeish isn't involved in this process and because of that, Bannan will be going nowhere.

If McLeish is here in five years time and he decides that a player coming through the ranks isn't good enough - he will have a say, but until then and until he has proven he can manage and move the club forward, he doesn't have a say on the investments made by other people.

But this has turned into a Bannan post, when it should be about the match and the result. So a hat tip to the players and hopefully some of them did enough to demonstrate they need more first team football. You can only beat what is put in front of you.