Sunday banter, a slight change of opinion on a managerial candidate and the price of an Ashley

England were a bit poor yesterday don't you think. Sure, there are going to be lots of excuses thrown about and they are all valid, sort of, but one that probably won't get thrown about that often but I think is just as valid is Ottmar Hitzfeld.

Most if you, if you've read the blog for any length of time will know, that I think the manager is the most important player in the football side of the business and in Ottmar Hitzfeld, Switzerland have a manager that should be considered as top tier and when I say top tier, Fabio Capello doesn't even make the list, although he is unlucky not to.

So, England were poor, or was it that Switzerland were just not so bad? I'm not sure it matters really. I don't have the same feeling for the national side as I do Aston Villa and even though I'm proudly English, I'm more proudly an Aston Villa fan and I find it hard to dilute that passion for anything other than Aston Villa.

It was nice to see Ashley Young play though and even though it was only the second half, if he is determined to leave, that performance might have added to his value. It was also nice to see a few Aston Villa players on the field at the same time. 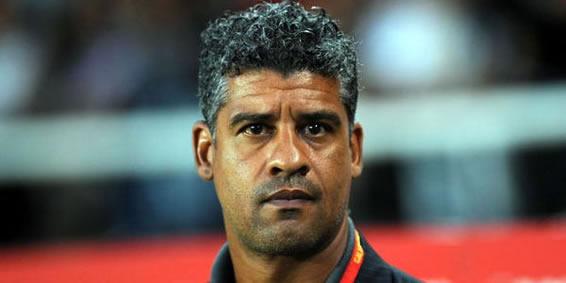 According to The Sunday Times, Frank Rijkaard has contacted the club to let them know of his interest in becoming manager. If it was that easy, I didn't know, I'm going to do the same, but I must also say that I might have changed my opinion on him from what I had back in May.

He is still only 48 and while I would have won silverware at Barcelona, he does have a pedigree and he might be able to do something different - theoretically add to what was started by Gerard Houllier. My worry is he lacks the passion and determination and will focus too much on the niceties of the game - something I have heard him speak about before, but then I could be wrong and he could have the passion our game needs.

I'm also probably very wrong in my assumption that he got into the game just a little too early and is only doing this for the money. Had he got into the game ten or twelve years later than he did, he would have played at a time when players were regularly earning £100k a week and trust me, he would have been one of these players. Maybe he just needs the money, but like I said, I'm probably very wrong - but why end up at Galatasaray?

So, it appears I'm only really trying to accept that Rijkaard could be a good move because he could also be considered an unknown quantity and because we really are getting desperate for someone. Also, of all the names mentioned, his and Carlo Ancelotti, while I'd accept they were both short-term, are the ones that I think I'd prefer and looking at his managerial career, if things did work out, I could also see that there was some possibility of something more long-term with Rijkaard.

The simple answer is we will never really know until he has been in the job a few months but he might be able to convince a certain player or two to sign new contracts and he might also have a little bit of pull in brining that player or two that we need - okay, that player or four, you know what I mean.

So, that is the banter for today and yes, I've missed out that miss from a certain player yesterday - because I don't care about him missing for someone else and actually, after what he did for us this year - he can miss one of those every few months with us too. I'm off for coffee.

I'm adding this last bit after the original post went up because I wanted to post, I just forgot. There is a rumour that Everton are interested in Marc Albrighton. I hope this makes it perfectly clear, but he isn't interested. He is Aston Villa and next season he will get his chance - along with Barry Bannan and they will both shine.