The importance of friendlies and fans or supporters

We've had this conversation before, many times, but I found something on Betway the other day about the importance of "match-going" fans and with all this talk about pumping in FIFA 20 crowd noises into the stadium, with the volume controlled by a single person, I wanted to put my views on this again, and there is no tune change here.

First, that post title on the other blog was a question, so answering it is allowed and my opinion might be one that isn't liked, but it's just an opinion and I'm used to that. However, it's sort of backed up by that post. But first to friendlies.

From what I understand, we've played one this week, maybe even more and while I understand the need for match fitness, we have to take very little from it. For me, the benefit of these matches right now is essentially playing against someone else, getting your eye in and experiencing an empty stadium. The empty stadium and competitive match is going to be new for many.

But this season is all about next Wednesday for me and we need to win. If we don't win next Wednesday, it will be like nothing has changed. everything that came before us this season will be right with us. I know it's a little dramatic to put it on one game, but lose now and we are just continuing what came before. Win and we give ourselves that belief, as well as take ourselves out of the bottom three.

But playing in an empty stadium, is that going to mean we stand less of a chance? If you look at that image below, you'll see that Villa Park is as loud as Selhurst Park but not as loud as Wolves or Norwich. If the noise supporters make does make an impact performance, you could argue that as Villa Park isn't as loud as other stadiums that is why maybe our results are not as good as others. But don't both sets of players experience the noise? 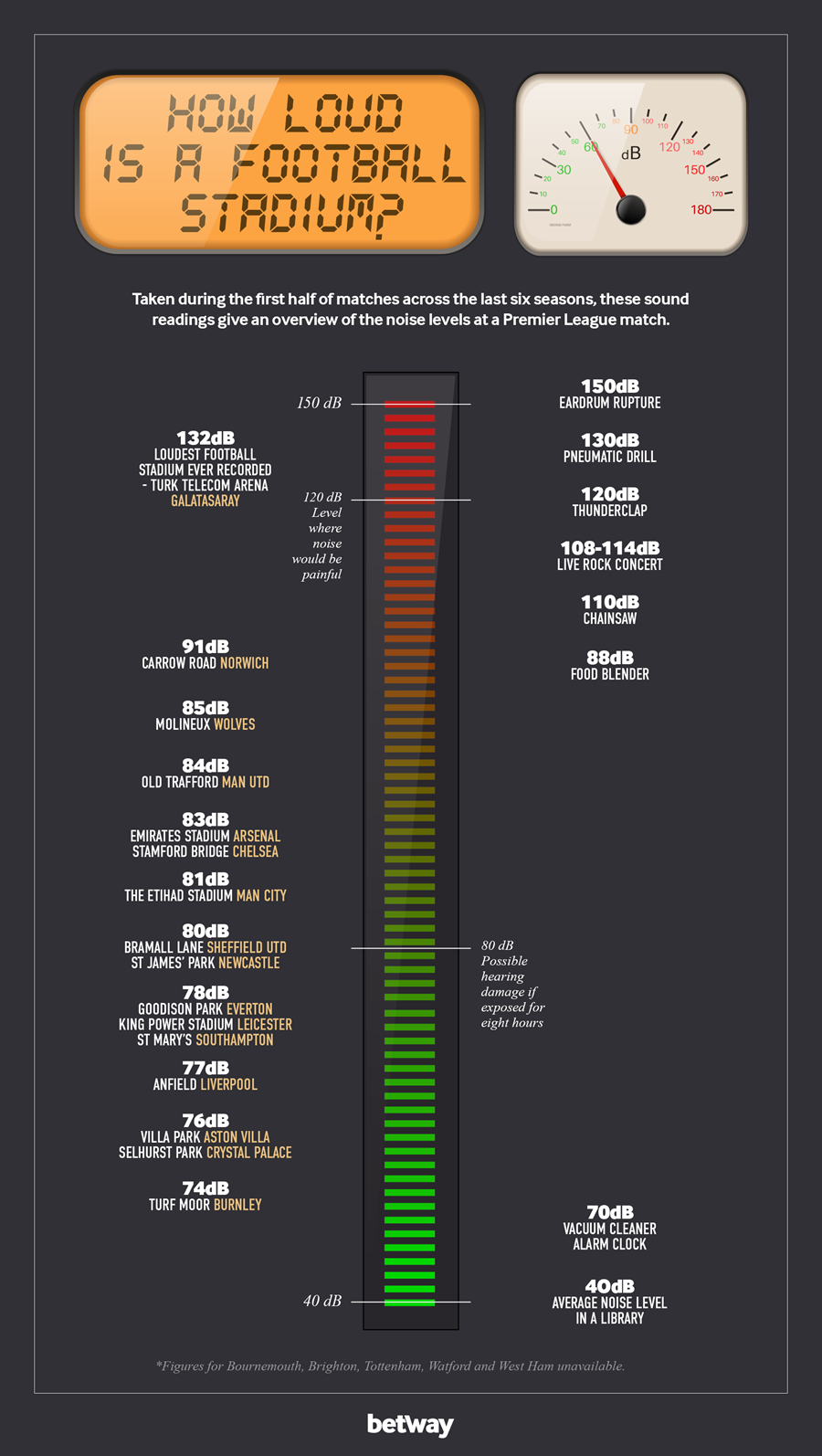 Then it comes down to the players playing at home knowing that it is the home supporters wanting them to win. But that's a mental thing and nothing to do with the noise. And that is what some people call winning mentality, I think. Or suspect. My point about this is that the likes of Liverpool and Manchester City will win and win big without the supporters in the stadium with the remaining games, so is it important that a stadium almost full of supporters (don't look at the other infographic on that page) make a noise or not?

I think we have to get used to playing in a stadium with no supporters very quickly. I think that is why the friendly or friendlies was important. I also want to hear what Dean Smith is instructing his players to do and I want to hear how the players are communicating. Then I want to listen to Klopp and Guardiola and the players for Liverpool and Manchester City.

Not having noise piped in by a teenager that doesn't support the Club or worse still doesn't like the Club isn't something I want to hear. Having the ability to listen to the manager, coaches and players is going to be insightful for most of us and we can learn from it.

The countdown has begun. It's going to be empty stadiums, eleven against eleven and while to some extent it comes down to what set of players want it more, a large part comes down to if the manager knows how to put the players out there to win and for 90 minutes we'll get to hear how he adapts to what is happening.