The new Doug Ellis, Fulham and a little bit of happiness

Did you read the post from Nick the other day - it was a cracking read summed up perfectly and in a way that I can not. But, many are now seeing it and believing it and there is no PR to counter it.

But there is also growing hope that Lerner is looking to sell and there is a particular investment group wanting to buy a Premier League club, who represent a nation that recently won a World Cup bid, so that hope isn't necessarily blind, just wishful and in this particular regard, I think it is okay to hope - it's a bit like Christmas when you were eight years old.

But there are more pressing matters to deal with. As Nick pointed out, we are basically safe from relegation. It isn't because of us though - it is because there are three worse teams below us, but if we fail to pick up all three points against Fulham this weekend the scaremongers will be out and that isn't good for anyone.

Say something enough times and it will start to stick and when you start to believe something might happen, sometimes you can make it happen.

A look to Fulham

The League table is a funny place. Fulham are currently eighth but only six points ahead of us. If we beat them, that makes three and in a very short period of time anything can happen. For the record, I think we can win, we have the players and we are due a bit of luck, but I don't think we will.

I think we will draw and I think that luck we need to win games might be what gets us the point, but I've become disillusioned under this manager and can't see im pulling anything out of the hat, unless he gets really lucky. And you know what, we are due some of that, but I also think this manager has used all the luck he is going to get in his career. 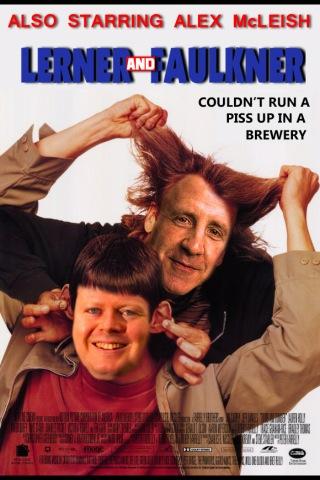 It is also going to be interesting to see how many turn up on Saturday. I think there is still a big number that will applaud McLeish - the same ones that will applaud the news of him leaving and maybe they have it right. But that is why there will always be a number at Villa Park that makes Randy Lerner happy.

But is he happy?

The truth is none of us know. Some will tell you they've met him and some have, but some will pretend they know him and players and they don't, but I can't believe for a moment he is happy with his time in football. That makes me think he does want to sell and he is probably looking, but he got it all wrong from the start and he only has himself to blame.

But that is as good as over now. I'm not sure there is anything he can do to fix the mess he has got himself in and I suppose, what it actually means is, it turns out that Randy Lerner is, in fact, the new Doug Ellis.