Common sense pill, hat off to Tony Xia on Amavi deal and odds for next season

Jordan Amavi is on the verge of leaving Aston Villa and well, if I was the owner and I was boasting about turning down £25mn for him just a few months ago, then I'd be very pleased right about now, because to get more than £25mn for him would be absolutely great business.

In fairness, £15mn would have been great business for Amavi who lets be clear, only really became a fan favourite because of his injury. It's a little like Stan Petrov - a bang average player that only has a status at Aston Villa because of what happened to him.

But you have to take your hat off to Tony Xia to have made such a terrific return on the money spent on Amavi. Tony Xia is a business genius and not just a super fly medicine man.

What do you mean he didn't get more than £25mn? I can't believe that. Surely he's got more than the £10mn he is worth?

I asked a question on Twitter about Delph. Fortunately, common sense prevailed.

Would you have Delph back at #AVFC?

And with 28 days to go until the first game of the season, I sense things are going quite well and there is also not this clammer for new players. It's like a large group of people have swallowed a common sense pill. I think I read something the other day that a bookmaker has also made us favourites for the League next season. Can that be true? 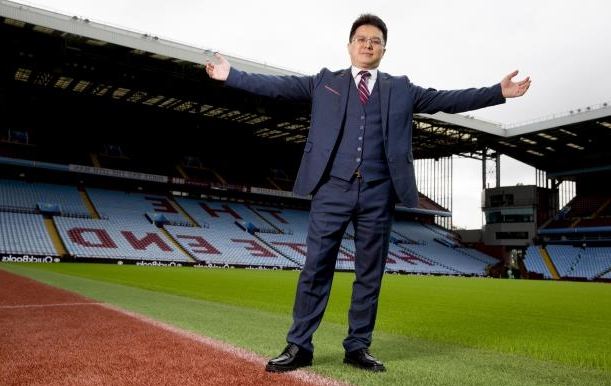 Betting odds for next season