I'm yet to hear it in a quiz, but I'm sure it will come up at some point: Who scored the first competitive goal at the Emirates Stadium?

Not Thierry Henry, not Cesc Fabregas, not Robin van Persie. The answer, as every Villan knows, is Olof Mellberg.

It's a minor piece of trivia, and hardly one of the Swede's greatest achievements - although the moment he thumped a header past Jens Lehmann was one of just eight goals in seven years wearing claret and blue. But sometimes things that appear minor on the surface signify much more.

And Aston Villa, who had finished worryingly close to the relegation zone the previous season, had their sights firmly set on the top end of the table.

To Mellberg, five years into his career at the club, it must have seemed a long time coming.

He had arrived at Villa Park in the summer of 2001, with the club less than half a decade away from its last trophy win, a year away from its last appearance at Wembley and regulars in European competition. Coming from the relative obscurity of Racing Santander, he was something of an unknown quantity, although he was by no means cheap. £5.6 million went the other way, a bargain to secure the signature of a man who would go on to captain both club and country.

Before Santander, Mellberg had plied his trade in his homeland, signing for Degerfors - former home of Sven Goran Eriksson amongst others - from his hometown club of Gullspang. He impressed in just under 50 games as a teenager for the Värmland club, earning himself a move to AIK. A string of fantastic performances followed as AIK won their first title in six years, but Mellberg was not there to collect a medal. Santander had swooped, just ten months after he left Degerfors.

He struggled to settle in Spain at first, but quickly adapted, turning in more impressive performances. Unfortunately - and this was something that could be said during much of Mellberg's time at Villa Park as well as the Estadio El Sardinero - his teammates lacked his quality, stumbling to a 15th-placed finish in the league.

Still, Mellberg had impressed enough that both Barcelona and Real Madrid expressed an interest. The national team were even faster to make their move; Mellberg was handed his first cap in the spring of the new millennium, playing on the right of defence in a 1-0 loss to an Italy side that would go on to reach the final of the European Championships. He has been a regular in the side ever since.

But as Mellberg improved, Santander declined. Another tough season was followed by the inevitable; Santander, like Degerfors, were relegated. It's interesting to note that, had Aston Villa slipped out of the top flight during Mellberg's time at the club, as they nearly did, he would have been relegated in three countries.

His first relegation had seen him make a big move, and his second was no different. Gareth Southgate left Villa Park for Middlesbrough, and John Gregory moved quickly to replace him, beating a clutch of clubs across Europe to the defender's signature.

Though the former Villa and England midfielder lasted just six more months in the Villa Park hotseat, Mellberg's regard for him remains undiminished. That was underlined when he handed him his shirt in the aftermath of his last performance at Villa Park. "John was here and I spoke to him after the game and gave him my shirt to thank him for signing me for Villa," said the Swede. "It was just a shame we didn't get to work together that long."

Gregory himself named Mellberg as his best signing for the club, and few would disagree, although the defender is unlikely to have as unorthodox an introduction to Italian football as English.

"In his first day's training we played cricket on the artificial pitch at Bodymoor and he must've thought 'What the hell have I come here for?'" laughs his former manager.

"He'd never seen a game of cricket in his life, let alone played one, but we got him bowling and batting."

He guarded the goals better, I imagine, than the stumps. Indeed, such was his contribution in his first season that he went to the World Cup in Japan as Villa's Player of the Season.

Beforehand, at the Swedish training camp, came one of the most controversial incidents of Mellberg's career; a late challenge on Freddie Ljungberg prompted the two to come to blows in a public training session.

Things went better in the early stages of the tournament. Sweden held both England and Argentina to draws in the group of death, and beat Nigeria to ensure they topped the group. The draw with the South Americans ensured England could sneak through on their coattails, despite failing to beat Nigeria in their final group game. Argentina, pre-tournament favourites, took the early plane home.

Sweden were not far behind them. The second round saw them come up against a Senegal side which had already made a mockery of France, and two Henri Camara goals were enough to send the Africans through in extra time.

Back at Villa, meanwhile, Graham Taylor had taken the reins, and problems were on the horizon. Mellberg's partner in the centre of defence, Olazan Alpay, had attracted widespread praise at the Japanese jamboree, and was agitating for a move. That autumn, he was involved in a confrontation with David Beckham and, amongst a hailstorm of public and media condemnation, Villa took the remarkable step of cancelling his contract. Mellberg would never again have a settled, long-term colleague in the middle of the back four.

Still, he went from strength to strength, never pulling out of a tackle - as his club mate Darius Vassell would testify when he was injured by a typically robust challenge in a friendly between their respective countries. But had Mellberg not made that tackle, he wouldn't have been Olof Mellberg.

There were disappointments for both club and country, including missing a penalty in a shoot-out defeat to Spain at Euro 2004, and a number of appalling results in the Second City derby. Of course, had it not been for those results, Mellberg would never have uttered the words that endeared him to his club's fans for ever.

"I could never think about playing for Birmingham City. That's not an option," he admitted brutally. "I made up my mind during the games at their stadium. The atmosphere between the players was not brilliant and I've just got the feeling that I don't like Birmingham City at all."

With his heart laid so bare, there could not have been a more appropriate time for the Villa fans to sing their farewell than five minutes from the end of the derby that signalled Birmingham's surrender to the inevitability of relegation from the top flight once again. With a four-goal lead over their rivals, Martin O'Neill sent on Marlon Harewood in the Swede's place.

I have never heard Villa Park sing louder than it did during the eternity it took Mellberg to walk to the touchline, clenched fists raised to all four sides of the ground. Nor am I ashamed to say watching the video back gives me a lump in my throat.

There was more than a lump in Mellberg's a week later, as he circled the ground with his two children, in tears as he waved goodbye to the fans. Hundreds were dressed as vikings, some had worn Sweden shirts and a huge banner proclaimed 'Thanks for the memories' in Swedish.

One week later, at West Ham, Mellberg returned the compliment in his last game for the club. "They have been great today and throughout all the years I have been at Villa," he said of his decision to buy every away fan a shirt with his name and number, and the same message in English.

And so the Viking left Villa Park, though perhaps not for the last time. "It would be nice to coach at Villa," he admitted afterwards. For now, we'll have to make do with memories.

For me, they'll be of that fist-pumping walk to the touchline, the applause of his fellow players and the embrace with his manager as the Holte End boomed - and not for the last time, I dare say - "There's only one Mellberg." 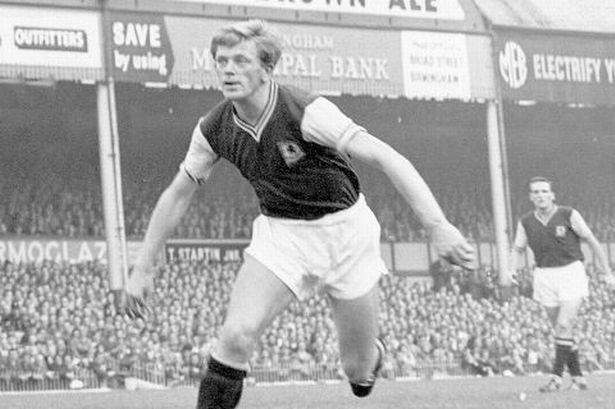 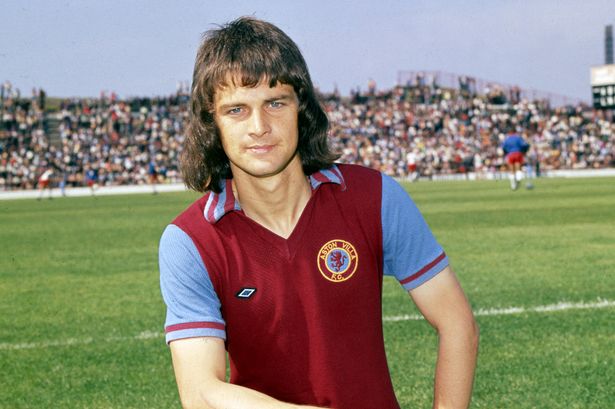 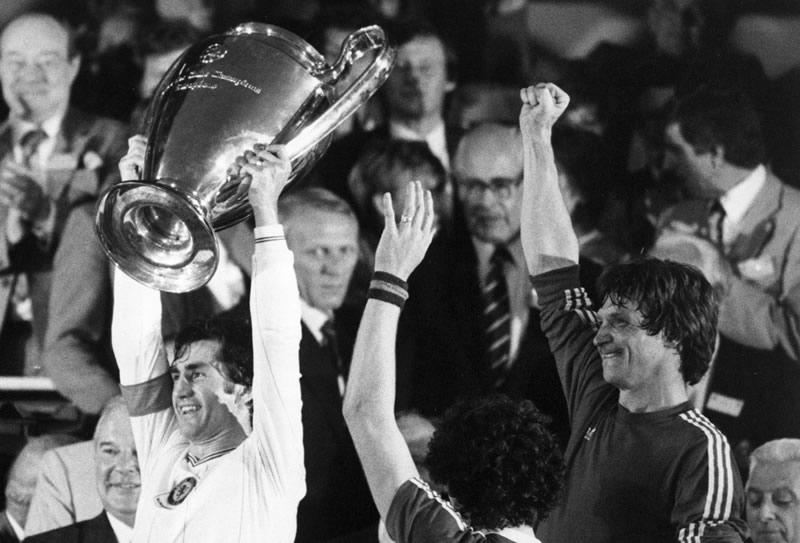 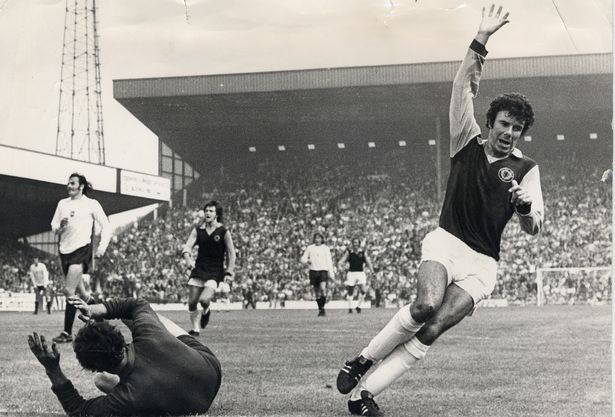 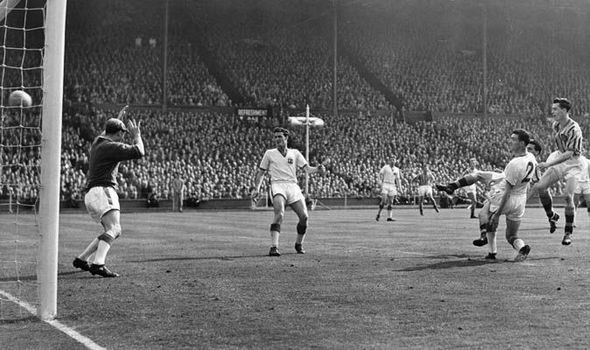